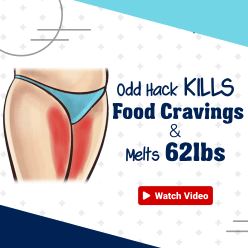 Building relationships can require a lot of intuitive work, trying to suss out whether there’s something more than friendship in your near future. Here are 10 signs he likes you, revealed by his body language.

Ladies: it’s never easy getting a guy to admit to his feelings right away. They can be cagey, often times trying to hide their feelings if they’re still in that getting to know you stage. The good news is that you can figure out a few hints without him getting verbal at all.

When it comes to signs he secretly likes you, body language is the key. He might be the quiet, non-talkative type, but even so the body language of men can reveal so much. It’s the best way to figure out whether or not there’s a chance for the two of you to become more than just friends.

So what are the signs a guy likes you? It might seem a little hard to spot at first, but after reading this, you’ll know exactly what signs to look for.

What does he do when you arrive? If your guy pulls himself up, stands up straight, and improves his posture the minute you walk in, there’s a very good chance that he’s into you. This is one of the most important signs in the body language of men, wherein he tries to look stronger and bigger than any other guy in the room, just to win your approval. It’s all completely subconscious, too.

Another important sign to look for: his eyebrows. When we see people we are interested in, or even just something we like, we raise our eyebrows reflexively. Obviously, it’s a very small sign that isn’t easily spotted, and you could miss it if you don’t know what you’re looking for.

So here’s another one of the signs he likes you: his pupils dilate. It’s one of the most well-known signs of attraction, and much easier to spot than an eyebrow flash.

Assuming that you’re not too soft-spoken and no one can hear you properly when you talk, leaning in is one of the good ways to know whether he’s into you or not. Leaning in closer when you talk means he wants to show you that he’s paying attention and that he’s interested in getting to know you more.

When it comes to signs he likes you, it can sometimes feel like you’re imagining things because they’re too subtle. There are certain signs, though, that can get more obvious the longer you spend time together.

Be more observant the next time you’re all hanging out together as a group. Is he facing you every single time? He maybe listening to someone else talk, but if his body is always angled towards you, then you’ve got a potential relationship in the works.

As we’ve mentioned when talking about signs he secretly likes you, body language can reveal so much. A man who laughs not just with his lips but with his eyes is definitely having a great time and enjoying your company. You’ll notice how some people fake their enjoyment, especially when their smiles never get to the upper half of their face.

Can you see his teeth when you’re laughing and chatting? That just means you’ve got him hooked.

We’re not talking about brazenly hugging or putting an arm around you — that’s not subtle at all. Instead, we’re talking about him lightly grazing your arm while you talk, tucking your hair away from your face, or just touching your hand lightly to get your attention. There’s a good chance he’s trying to test your boundaries and looking to see whether or not you’re interested as well.

These days, no one really makes a lot of eye contact thanks to the endless entertainment we get from our gadgets. One of the signs he likes you is when you get his undivided attention. He’s making eye contact because he’s genuinely interested in what you have to say, and it doesn’t hurt that he enjoys looking at your face.

Many of the signs a guy likes you can fall in the realm of the subconscious. In short, they’re not really thinking about what they’re doing, inadvertently revealing so much about what they feel without even saying a word.

Mirroring is an excellent example of this. He’s subconsciously copying what you’re doing. If you’re crossing your arms or have your arms akimbo while talking, he’ll end up copying your pose without even thinking about it. He might even start mirroring some of your linguistic idiosyncrasies like slang.

With so much information to process and filter out all the time, genuine interest can be a wonderful sign of romantic potential. He is focusing on you, listening to what you have to say and actually processing your words. This is key!

Distractions are ever present, and a guy who can look past those to focus just on you is definitely interested. More importantly, he respectfully lets you talk about the things you’re interested in, even if he has nothing to share on the topic. That respectful willingness to know more about you can speak volumes more than actual conversation.

You can’t discount the voice when looking out for signs he likes you. As with so many of the signs we’ve mentioned earlier, body language is intuitive, with so much of your actions taken subconsciously and reflexively. He might not even be aware that he’s flexing his muscles to display his strength and virility the minute you walk in.

The same is true for his voice when he speaks. You might notice that his voice drops just a little bit deeper and he starts to speak a little lower. Attraction can affect the way one speaks. Talking in a lower and slower voice can sound more seductive and vulnerable at the same time, expressing romantic interest without actually verbalizing it. That said, always be aware that these signs cannot be taken separately as they could lead to a misunderstanding. Just be aware and astute without going overboard and assuming way too much too

100 Questions To Ask Your Boyfriend: Build A Deeper Relationship
How To Make A Guy Fall In Love With You
Sexy Texts for Her — To Drive Her Wild
25 Subtle Signs A Co-Worker Likes You
9 Unexpected Struggles of Interracial Dating
How To Get Over A Breakup 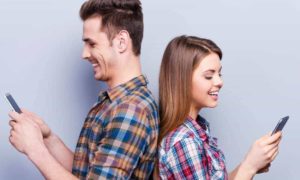 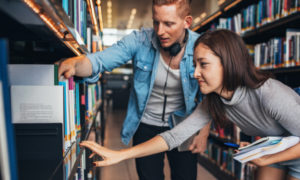